Predictions of Junk versus Functional DNA

"As someone who has studied the concept of 'junk DNA' for over twenty years, I am dismayed by two statements that appear repeatedly on various blog sites discussing evolution: 'No one ever asserted that junk DNA is without function...it was long suspected that these sequences have important roles in the cells.'" — evolutionary biologist Richard Sternberg[^sternberg-2009]

"I have noticed that there are some creationists who are jumping on [the 2012 ENCODE results] because they think that's awkward for Darwinism.  Quite the contrary.  It's exactly what a Darwinist would hope for, is to find usefulness in the living world." — Richard Dawkins[^dawkins-jonathan-sacks]

This table shows notable scientists who advocated junk DNA and their reasons for doing so. The placement of X's is conservative, since not every work by each author has been surveyed:

The following describes the fascinating history of this debate.

The neutral theory of evolution claims that most of the DNA differences between larger genome organisms is by chance, and not because natural selection favored organisms having those mutations.  The reasoning is as follows:

In humans and other large mammals, greater than 99.98% of mutations would spread through the population by chance rather than because of natural selection.[^dodson-1962] [^moran-2014b]

Only about 5 to 10% of DNA is shared between humans and more distantly related mammals such as horses, dogs, and mice.[^meader-2010]  Therefore if these animals all evolved from a common ancestor, given neutral theory, the large majority of DNA not shared by these animals would have come about by chance and not natural selection.  Since DNA that exists only by chance will have a random sequence, it is therefore highly unlikely to be functional.

Genetic load (also called mutational load) is the average number of deleterious (harmful) mutations per organism in a population.  If the genetic load is too high, the population will not survive.

Organisms with more DNA genreally have more mutations, since the number of errors increases as more is copied.  If most of the DNA in large genome organisms (e.g. mammals) is functional, then these mutations will usually break important functions.  And if evolution could not even maintain these large amounts of DNA, then it could not have created it.

But if most DNA does nothing, or does not have specific information, then most mutations will be harmless.  Therefore because of this genetic load problem, evolutionary theory both predicts and requires only a small amount of DNA in large genome organisms will be functional.

Most complex organisms have hundreds of millions to billions of letters of DNA. Since having slightly more DNA has a negligible effect on one's ability to survive and reproduce, natural selection does not differentiate between organisms where transposons have produced several more copies.  Since "only very precise deletion can be non-lethal,"[^doolittle-1980] these copying sequences spread much faster than they are removed.  Because of this process, proponents of evolutionary theory proposed that the bulk of large genomes are made up of such selfish genes:

Evolution must "try" many useless sequences of DNA before it can find a few successful ones, and these failed remnants will remain genomes because (like selfish genes) selection to remove them is very weak.

Large amounts of junk DNA were also argued for two reasons that do not directly relate to evolutionary theroy: 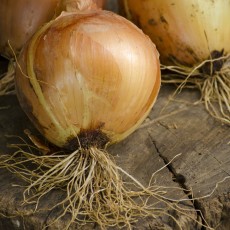 The C-Value Paradox
Because some organisms have much more DNA than others of similar complexity, it is often argued that most DNA in complex organisms must be junk, and thus they are not designed. This article argues otherwise.

A C-value is the quantity of all DNA in an organism's genome.  Some organisms have genomes much larger or smaller than other organisms of similar complexity, so it was assumed the extra DNA in large genomes wasn't necessary:

Only around 1.5 to 2.9% of the DNA in mammals directly specifies which amino acids to assumble into proteins.  It was assumed that most of the remaining DNA wasn't copied into RNA, and in places where RNA was produced it was often assumed the RNA didn't do anything.  Some argued (and still argue) that repetitive sequences and transposons fall into this category:

However not all proponents of evolutionary theory argued that genomes were mostly junk.  A minority argued that large amounts of DNA were useful as "skeletal DNA"--to increase the size of the cell nucleus as well as spacing between functional regions.  Although being used as spacer is not how most biologists define DNA function.

In recent years much more function has been discovered in human DNA.  Genomicist and ENCODE researcher John Stamatoyannopoulos wrote in 2012, "I don’t think anyone would have anticipated even close to the amount of sequence that ENCODE has uncovered that looks like it has functional importance."[^stamatoyannopoulos-2012]  Yet proponents of intelligent design predicted that genomes would contain very little junk DNA long before then:

Some ID critics agree that intelligent design does indeed predicts that most DNA will be functional, and that such a prediction is the opposite of what's expected under evolutionary theory.

How much functional DNA does ID predict?

Under many ID models (especially those that reject common descent) it makes sense for most DNA to be at least loosely functional, and the amount of strictly functional DNA would likely be not far behind.  If evolution primarily degrades function, the percentage of functional DNA depends on how fast and how long it has been degrading.

The Age of Humans

This table shows the time estimated by various creation and ID groups since humans were created.

To calculate how much strictly functional human DNA has not already been destroyed, suppose the following:

Multiplying the 45 haploid mutations times the 10% chance a mutaiton will destroy a gene gives 4.5 genes being destroyed each generation.  From there we can extrapolate:

The "functional diploid genome" column shows the odds of having both pairs in a set of genes broken.  If one among a pair of a genes is still functional, the gene is considered functional.

Caveats with These Models

Botanist Alex Williams makes a more pessimistic estimate in a 2008 Journal of Creation article.  Based on estimated rates of gene loss and the percentage of critical genes, Williams calculates between 1200 and 1.5 million until humans accumulate too many mutations to survive.[^williams-2008]

However, a less-involved form of design could give very different predictions. Perhaps a designer only seeded the first cells on earth, or that chemistry itself was designed to greatly increase the odds of life forming from non-living matter?  And then unguided evolution proceeded from there to create most of the life forms we see today.  If a designer only played such a modest role, then the bulk of larger genomes could be junk.

Richard Dawkins' own selfish gene theory led to the expectation that most of the human genome was junk,[^dawkins-1976] [^doolittle-1980] [^avise-2010] [^graur-2012] while neutral theory and the problem of genetic load require it outright.  So it doesn't make sense for Dawkins to say "it's exactly what a Darwinist would hope for."

Even shortly before the landmark ENCODE phase 2 announcement of 80% function in 2012, biochemist and junk DNA proponent Larry Moran blogged that most evolutionary biologists he meets no longer share his view:

In my opinion, the evidence for massive amounts of junk DNA in our genome is overwhelming but I struggle to convince other scientists of this ... I recently attended a meeting of evolutionary biologists and I'm pretty sure that the majority still don't feel very comfortable with the idea that 90% of our genome is junk.[^moran-2012]

Other functional genome researchers expect even more functions to be found in the future:

Because evolutionary theory predicted that the majority of large genomes would be non-functional, researchers rarely studied DNA beyond that which directly created proteins.  Many now recognize how this harmed scientific progress, such as in understanding the genetic causes of disease:

Although others (including many of the junk DNA proponents quoted above) still maintain that the large majoirty of human DNA is non-functional.

Abundant Functional DNA is Evidence of Design
This companion article presents data indicating humans have large amounts of functional DNA and that evolution cannot account for it.